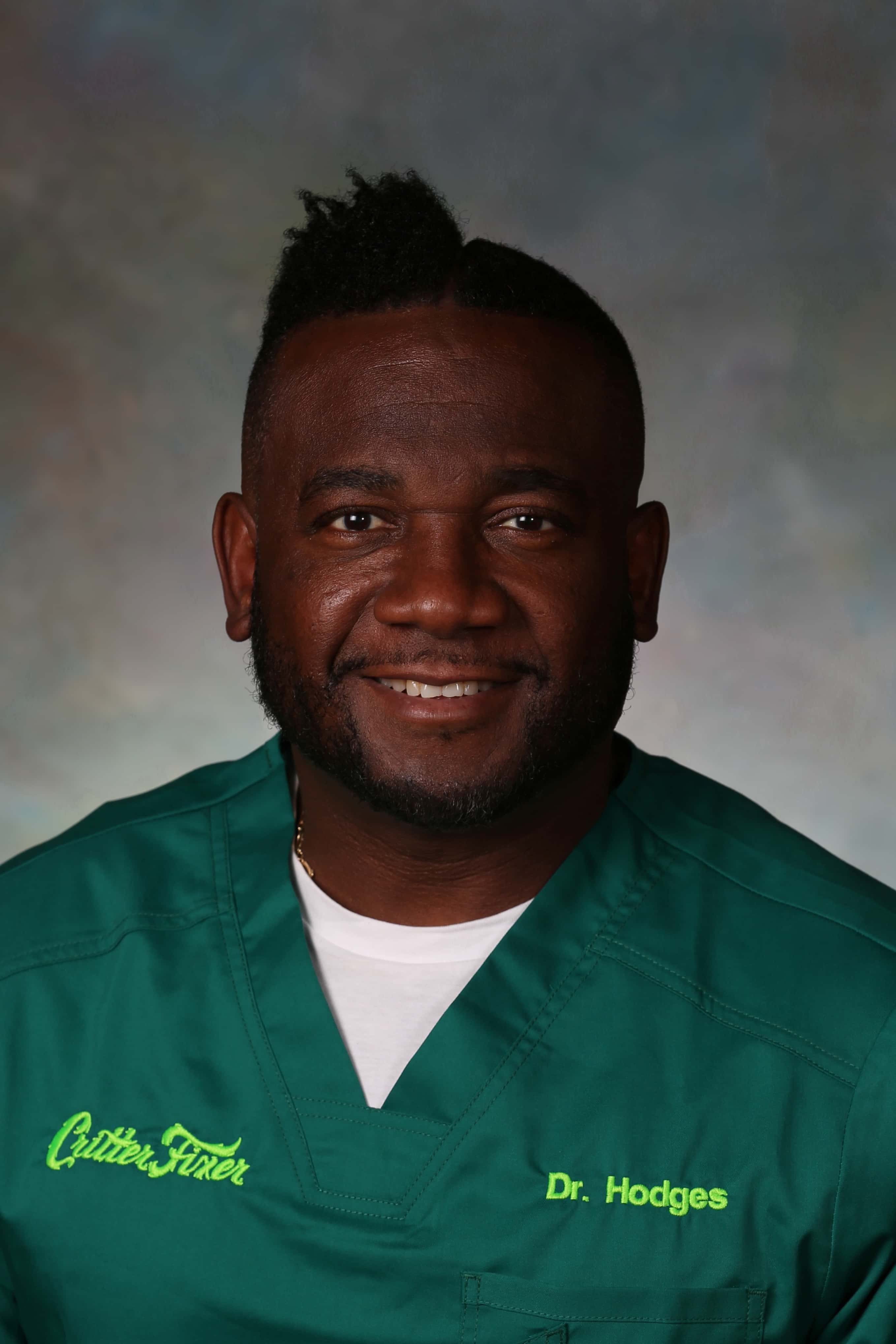 Dr. Hodges was born in Norwalk, Connecticut but was raised in Fort Valley, Georgia. Growing up in rural Peach County is where his love and passion for all animals and knack for trying to heal all things developed. He grew up on a small farm with goats, cows, dogs, a cat, turtles, and countless other pets. As an only child it was these “pets” that he spent countless hours nurturing and taking care of. He is a 1988 graduate of Peach County High School – Go Trojans! He graduated in 1993 from Fort Valley State University as a Fish Biologist. He spent his summer before Veterinary school in Nepal and India working for the Agency for International Development developing an Aquaculture program at Lake Phewa, Nepal. This program was for growing and developing fish as a source of inexpensive protein for the village residents. Dr. Hodges also participated in an Aquatic Internship at the University of Mississippi with hopes of becoming a Marine Biologist and the next “Jacques Cousteau.” Nonetheless, his true passion for Veterinary Medicine was fulfilled when he applied and was accepted to Tuskegee University School of Veterinary Medicine and graduated with a DVM in 1997. Dr. Hodges has one son and three dogs. He also raises Koi on a fish farm in Peach County. 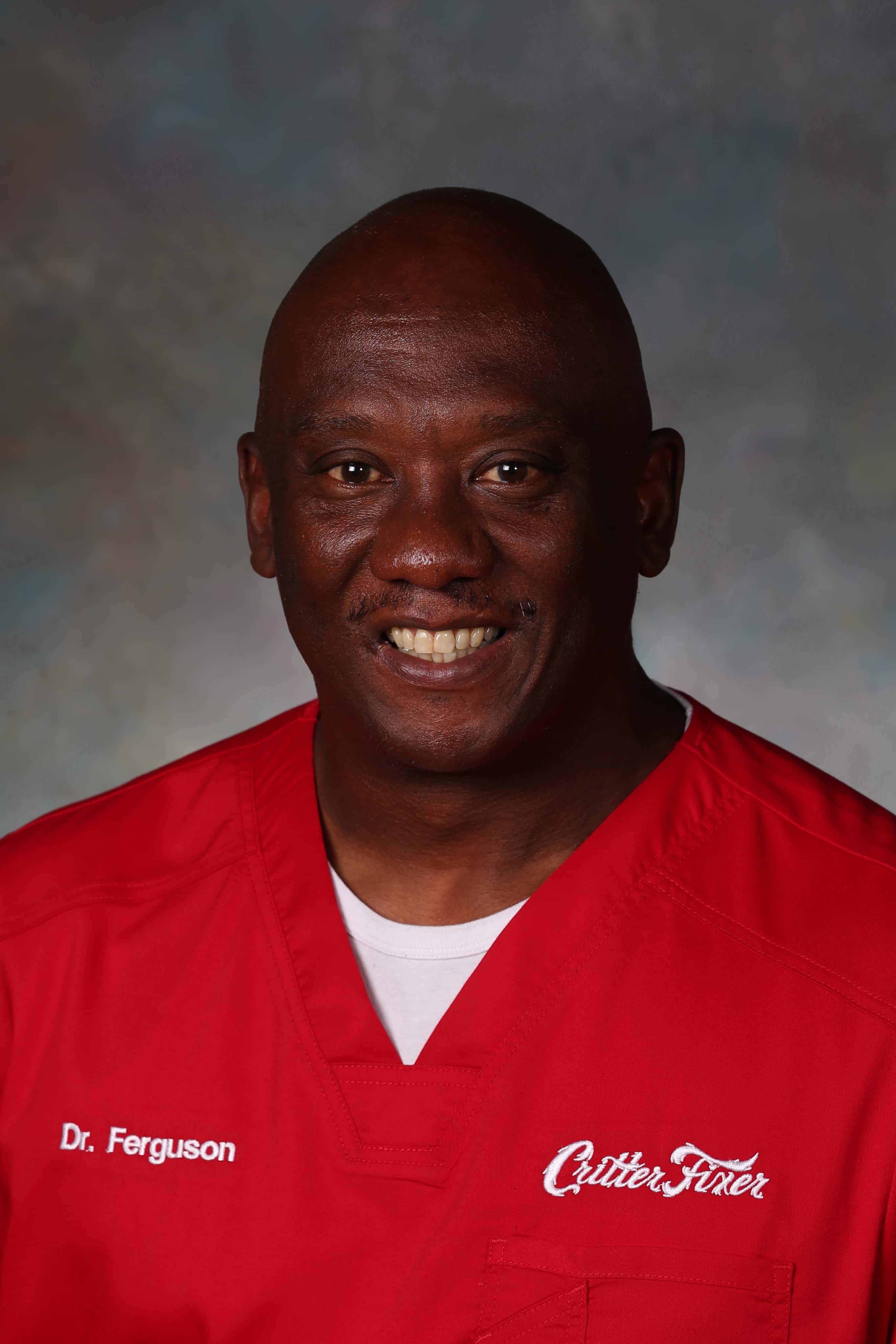 Dr. Terrence Ferguson is a native of Talbotton, Georgia. His love of animals began as a child growing up in rural West Georgia. After rescuing several neighborhood strays, Dr. Ferguson developed a love of animals. With his family’s encouragement, Dr. Ferguson embarked on a career in Veterinary Medicine. His summers were spent volunteering with local veterinary clinics. After graduating from Central High in Talbotton, Georgia, Dr. Ferguson matriculated to Fort Valley State University in Fort Valley, Georgia in the fall of 1987. During his tenure at FVSU, Dr. Ferguson interned with The US Fish and Wildlife Service at two of their Wildlife refuges including Patuxent Wildlife Refuge in Laurel, Maryland and Alaska Wildlife Refuge on the Kenai Peninsula. After completing his Bachelor of Science degree in Veterinary Technology, Dr. Ferguson applied and was accepted to the prestigious Tuskegee School of Veterinary Medicine in 1994. He graduated in 1998 with his DVM. In his spare time, Dr. Ferguson follows his true passion by volunteering, coaching and mentoring Central Georgia Students involved with the Peach County Youth Organization, where he also serves as Treasurer. He also serves as a trustee at Beulahland Bible Church, in Warner Robins and Macon, GA. Dr. Ferguson and his wife Kimberly reside in Byron, Georgia with their two children, Terrence, II and Nicole, and their dog Caesar.